The Vertical Stack: For Beginners and Experts Only 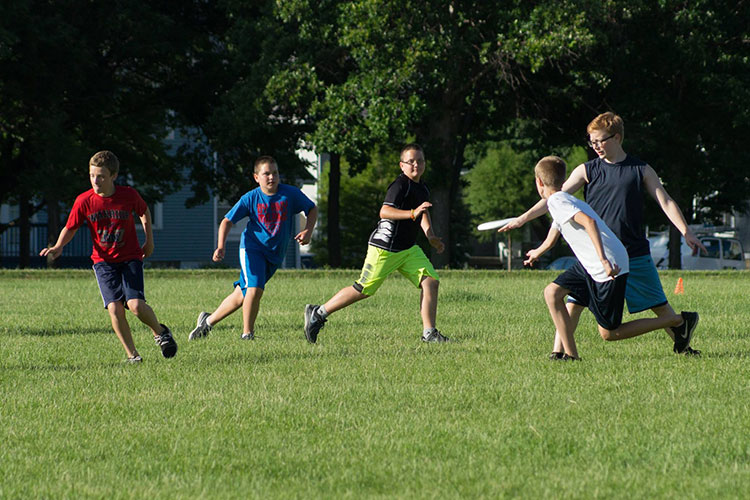 Something So Simple, But So Complex

The vertical stack (vert stack) is like a Rubik’s cube. It looks boring and the instructions are simple. Turn the rows and make each side one color. Then you discover the endless combinations and before you know it, this simple toy has become a symbol for geniuses. The vertical stack pulls this same trick on all of us. It looks simple because of its obvious structure, but once you start to go beyond that structure there’s endless possibilities for those willing to keep turning the Rubik’s cube.

The vert stack is very basic, which makes it good for inexperienced teams, but it’s simplicity also allows for so much variation that many high level teams use it as well. How can this offense be great for middle school teams and elite club teams? It’s because there’s order.

Order gives the vertical stack its ability to teach novice players how and where to cut but still leaves options for experienced players to take advantage of the large amount of open space created by a vert stack. Before we go further, let’s recap the fundamentals of a vertical stack.

The vert stack consists a group of cutters making a line that goes vertically up the field. Cutters are each given a number that establishes their cutting order. From this stack, cuts flow one at a time, with cutters returning, or cycling, back to the stack after a completed cut. This gives players a structure to follow and clear instructions on where they should be and where their teammates will be as well.

This simple structure is great for novice teams because it ingrains a large number of important fundamentals that new players need to learn to be effective cutters.

Since each cutter has an assigned number, everyone knows who is cutting and who is next. This helps new players become aware of when and where their teammates are cutting on the field.

2. It teaches players to clear out.

Every cutter who leaves the stack to make a cut should be told that after their cut they must immediately clear out by returning to their place in the stack. This teaches players not to clog up the space that teammates need to cut or throw into.

3. It teaches players that it takes a team.

Many players, early in their playing career, can find themselves on a team with only one or two good players that feel the need to do everything. The vert stack enables all the players to be contributors as they rotate through their cuts. This works to improve the less dominate players, while providing active resting time for the “stars” as they wait for their turn in the stack.

4. It teaches players where to cut.

With a stack in the middle of the field, there’s open space on each side. That means that no matter where the disc is, there will be space to cut to the open side of the field. By having a stack in a set position, it helps players visualize where the “box” is that they should be cutting into.

Learning the essentials of field awareness, clearing out, teamwork, space and timing are crucial building blocks for any cutter in any offense. The simplicity of this offense almost forces these fundamentals unto players. Once these skills are developed they translate into any of the more complicated offense sets used in Ultimate today, including the more advanced vertical stack. Manipulating the Stack to Your Team Vertical stacks are used with many different variations depending on the strengths and weaknesses of each team, as such, many high-level club teams use a vertical stack to maximize the advantages they believe they have over their opponents. There are many ways to variate a vertical stack to either emphasize a strength or cover a weakness.

1. You can use four cutters or five

This simply takes the third handler and places them in the front of the stack. Often five cutters are used because a team is weak, or shorthanded, at the handler position and doesn’t want to have a novice handler in the backfield. This can also be used to create extra space on the break side of the field where the third handler would usually be positioned. If your team has strong break throws, having fewer players behind the disc or on the break side can open up your offense.

2. The second handler can be on the force side or on the break side

3. The stack can be straight or angled

Some teams will angle the stack so the back of the stack is further to the break side than the front. This is usually done with teams that start there cuts from the front of the stack, to make it more difficult for defenders to make clean switches, and it creates better angles for your deep cuts from the back of the stack because it leaves more space between the cutter and the force sideline where the thrower can lead the receiver. This also cuts down on the space to the break side of the field, so this may best be used by teams looking to use their height and speed to play in open space.

4. You can start your cuts from the back or the front

I’ve found that teams that cut from the back do so because they rely on unders, and teams that cut from the front rely more on a combination of big hucks and small, “plinko” type, break throws. Many times a cut from the front will start to the break side, trying to get an inside break throw, or the cutter will bust deep. Cuts coming from the back work well by putting the last defender on an island. The defender has no help over the top, so its easier to create good under cuts.

5. You can have your stack really close to the force sideline or you can have it all the way across the field

This decision comes down to your team’s ability to break the opposing team’s marks. If you trust your throwers to consistently break the other team, you can have a huge amount of break side space by setting the stack about ten yards from the force sideline. This leaves enough room for unders to work but 3/4 of the field is still open to work the break side. If your team’s strength is not throws but cutting, then you can capitalize on that strength by moving your stack to the far sideline on the break side. This is often referred to as a “side stack” but it is essentially just a variation of the vertical stack. The side stack gives cutters the entire field to cut into, meaning the throwers do not have to make difficult break throws to advance the disc. Instead they can wait for an open cut and throw to space on the force side.

These are some of the most common variations that are used at many levels of competition. The basic elements of all vert stacks are essentially:

These building blocks leave plenty of room for variation, allowing elite teams to build on their strengths and hide their deficiencies. At the same time, those building blocks are a great tool for teaching new players the most important fundamentals.

If you are the coach, or captain, of a high school or college team with a lot of new players, I highly recommend using this offense for your players until they learn these skills. If you lead a higher level team, don’t overlook the vert stack as a beginner’s offense because of its simplicity. Look closely at your team’s strengths and weaknesses to find a variation that can help your team, and consider using it as one of your offensive options throughout the year.

Thanks for reading and keep turning that Rubik’s cube!