Putting Spirit of the Game to the Test 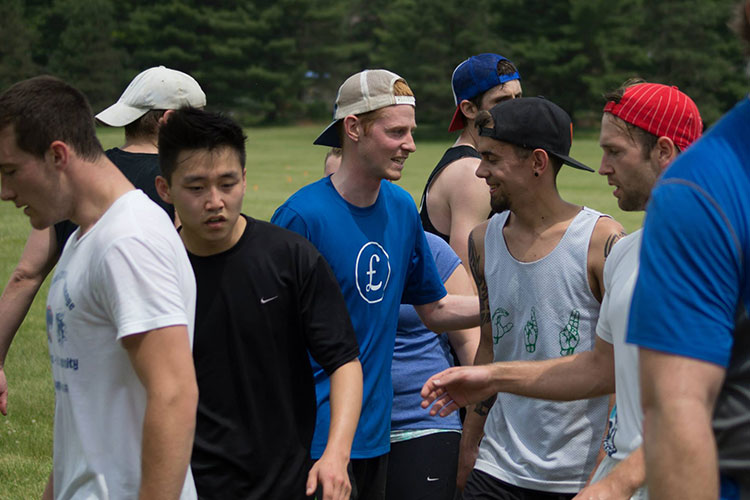 My Latest Encounter with Bad Spirit

Spirit of the Game is my favorite part of Ultimate. It is what separates Ultimate from every other sport and also creates a great game that is played without referees at the highest level. Spirit of the Game, or simply Spirit, is the glue that holds our sport together, but Spirit is a very fragile thing. If it’s not used properly a game can turn into a heated argument where you’re literally keeping score. We’ve all played in games where the atmosphere is tense and players start to get feisty with each other. One questionable call leads to another and soon every point is filled with contested arguments, players shouting their interpretations of the rules and occasionally, if you’re lucky, you get a dramatic re-enactment of exactly where a player traveled and the path they took. This sucks the fun out of the game. Instead, replacing it with the ‘win-at-all costs attitude’ that has no place in Ultimate. So, how do we avoid this slippery slope of bad Spirit?

I was playing in Cooler Classic, a tournament in Wisconsin, earlier this summer and on Sunday our second game was against a team named Spirit Fowl (irony… check). This was the semi-finals of the Mixed B division. So, besides some cheese cow there’s not a whole lot on the line. Playing in the B bracket I wasn’t expecting the type of behavior that can lead to bad Spirit. Midway through the first half, we had a small lead, and I found myself guarding a taller, faster and younger cutter. The other team’s handler had shown a tendency to huck early in their offense, so I placed myself in position to defend the deep cut. Sure enough, my guy cut deep, the handler hucked it and my legs were still moving just enough for me to keep position and catch the D. This is where things got…contested.

Instantly, I called ‘Foul’ as he continued to ‘Two’ in his stall count. I expected to hear ‘No Contest’ or maybe even ‘Contest’ but what I heard instead was ‘What? Are you kinding me?’ in a very hostile tone. Near the end of a long weekend of playing in the B division, where calls are few and far between, I didn’t see this coming.

He was immediately defensive. Claiming that I had no right to make a call. Doing my best to stay calm, I explained that his contact made me fall over and I thought that him stalling me after knocking me over was taking advantage of me, so I called a foul.

I even said, “I didn’t think you’d stall me after knocking me over.” His defensive attitude grew as he claimed that he didn’t touch me. We began talking about how I fell and if he touched me. His demeanor was so aggressive that I struggled to know what I should do.

This guy was bigger than me and I was trying not to be intimidated. Now, I was standing right in front of him as he looked down on me feeling angry and cheated. Quickly, I got him to acknowledge that we ‘got tangled’ but he still insisted that somehow there wasn’t any contact.

Once I realized the flaw in his reasoning I started to feel angry. I thought about twisting his words against him. Making him look dumb. I saw the Grey Duck logo on his jersey and thought about saying “What do you think Charlie would say about your behavior?”

I felt a rush of emotion ready to take it to this kid who just didn’t get it. Then, I paused for a second. I asked myself if I should argue with him, using his own poor logic against him until either he retracted his call, meaning the stall dropped to zero, or he just got angrier and more stubborn.

In that moment I thought of the kids that I teach Ultimate to and how I explained Spirit to them. I felt I had to be an example of good spirit and that was more important than getting whatever advantage I could from this discussion.

I let my opponent have his poor logic because in Ultimate everyone’s feelings matter. If he feels that he didn’t foul me, he has the right to stall me and contest when I call something. I asked him, “What do you think would be fair?” I’m not sure why but he kept arguing. I continued calmly. “What stall would you like to come in on? Two or three?”” “Two!” he said, “I said one so now I’ll come in on two!” The hostility was still in his voice and I still felt strange after dealing with his anger but we had resolved it. He got to stall me right away and I got to stand up without the stall continuing.

Considering how we both felt about the situation it was the closest we could get to fair. Most importantly, we could now play Ultimate again. I announced “Coming in on Stall 2” to my teammates and held the disc out for him to tap it in.

Personal responsibility. That’s really what Spirit of the Game comes down to. In this case, I chose to make Spirit a higher priority than being right. This allowed the game to continue and keep it from spiraling downward. This demonstrates how fragile SOTG can be and how important it is for all players, at all levels to uphold the integrity of the game.

The Vertical Stack: For Beginners and Experts Only
April 13, 2016