The Importance of Tiers in our Ultimate Community 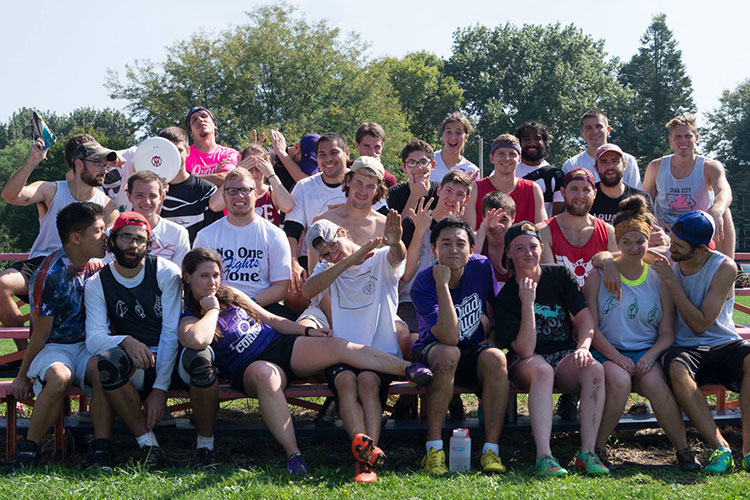 The cities with the greatest Ultimate communities pride themselves on having highly-competitive club teams across multiple divisions AND having a large number of opportunities to welcome new players. Cedar Rapids Ultimate is dedicated to the growth and promotion of the sport of ultimate locally and that means supporting Ultimate, not only at the highest levels, but at all levels.

The Ultimate scene in Cedar Rapids is very young and the formation of a club team is a goal that many in the city share, but there are also many in the city that just want to enjoy playing Ultimate with their friends on a beautiful, sunny day – and there’s no reason we can’t support the varied interest levels of the entire community.

For the 2016 playing year, CRU has established three tiers of pick up that are all played weekly and all will have their own distinct atmosphere that aims to give every Ultimate player in Cedar Rapids a place where they can enjoy playing, whether they have more fun in a relaxed game or a more competitive game.

The first tier is meant for players who are new to the sport or have been playing for years but enjoy playing the most when it’s not competitive. Games will be played with basic rules (7-on-7, turnovers, regulation-ish sized fields, not running with the disc) but players won’t be expected to enforce all of the rules – just the ones that keep the game fun and safe. This will help to create an environment that is welcoming and allows people to feel comfortable making mistakes. Maintaining this atmosphere will be important to ensure that new faces are always greeted with a smile and that everyone gets to be involved in the game. Also, all players should be made aware that if they desire a more competitive game they are encouraged to play at Tier 2.

The second tier will be more competitive by ensuring that more of the rules are enforced but still emphasize learning and participation. For example, if travels once you just let them know that they traveled, and next time you’re going to call it, and then beginning holding them account able for traveling. Other rules, such as picks, dropping the pull and fouls will be enforced with an emphasis on teaching how to self-officiate. Also, basic strategy such as force defense and structured offenses will be used (again with a focus on teaching fundamentals). Maintaining a second tier of pick up with more structure works a bridge between more experienced players who enjoy playing competitively and newer players who enjoy competition but are still learning the sport. If players who come to Tier 2 enjoy the competition and want to get better or play at a higher level they should be encouraged to try Tier 3.

The third tier, scrimmages, give competitive players and local teams the opportunity to experience how Ultimate is played at tournaments, which are held both locally and around the world. Scrimmages are played with the same rules that are enforced during sanctioned college and club tournaments and games are always scored. Some people only enjoy sports when they are being challenged and a competitive game where players are held accountable for the rules and success of their team creates an environment that can be just as fun as Tier 1.

Using a tiered system should create playing opportunities for every Ultimate player in the area no matter their level of experience or competitiveness. Some players may start at the first tier and gradually move to Tier 3, others may begin at any certain tier, find they love it and play there for years. There will be a home for every player and at each pick up game will be players enjoying themselves and excited to see new players. This will help to increase overall participation and in turn increase the talent pool.

Players are encouraged to play as many tiers as they enjoy and to help foster the atmosphere that they enjoy about the pick up games they attend. This means people at each tier will need to step up at times to remind everyone what type of game they are playing that day. We should encourage everyone to enjoy the spirit of each tier and make sure all players know about every opportunity to play Ultimate in our community, and that begins with each person who comes out to play in Cedar Rapids.

If you have any insight or questions about the unique atmosphere we’re hoping to build at each tier, please post a comment below. Thanks for reading!